Hello friends!  I’ve been bad about reading lately, but I’m slowly getting into picking up more books.  This one has broken quite a slump, so hurray for that!

I’ve never read a Gillian Flynn book before (shockingly!), so when I saw that my library had this available to listen to on audiobook and I had a long day at work ahead of me, I decided to pick it up.  I grabbed it due to a YouTuber recommendation, and so knew basically nothing going into it.

This review is going to be spoiler-free.  I don’t want to give away what happens, as that is the entire point of this short story!  Now, let’s get into my thoughts. 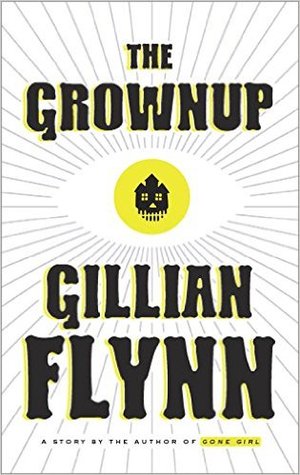 A canny young woman is struggling to survive by perpetrating various levels of mostly harmless fraud. On a rainy April morning, she is reading auras at Spiritual Palms when Susan Burke walks in. A keen observer of human behavior, our unnamed narrator immediately diagnoses beautiful, rich Susan as an unhappy woman eager to give her lovely life a drama injection. However, when the “psychic” visits the eerie Victorian home that has been the source of Susan’s terror and grief, she realizes she may not have to pretend to believe in ghosts anymore. Miles, Susan’s teenage stepson, doesn’t help matters with his disturbing manner and grisly imagination. The three are soon locked in a chilling battle to discover where the evil truly lurks and what, if anything, can be done to escape it.

This novel is incredibly short, ending at 64 pages, and boy does it keep you on the edge of your seat.  The book immediately starts with a female narrator talking about her job of giving hand jobs – whoa. What a way to start!  From there she talks about her past and present life, then the story moves into some actual plot.

Since this is such a short novel, there isn’t a whole lot in terms of said plot.  The idea is this woman, who is something of a con artist, has decided to help her incredibly desperate client.  Susan believes her house is haunted and affecting her stepson, Miles.  She requests that our narrator tries to solve this issue, and from there things get wild.  This story switched its genre on me about 3 different times, and I was equally as shocked every time!

The pacing is very fast. Since it’s so short, it has to be. The beginning is pretty slow and exposition-heavy, as you learn about the narrator’s current place of employment, her mother and childhood, and then see her progression from sex-worker to psychic.  This took up roughly the first 20-30 minutes of the audiobook, and from there it moved much quicker, since our narrator was then actually doing something instead of just talking about herself.

I definitely won’t spoil the end of the book, but it just kept throwing me back and forth.  My jaw was dropped every time something twisted, and I just didn’t know how to feel other than awed by the end because it was all so crazy and yet it made sense.  I loved discovering why exactly this was called “The Grownup”, too!

This story didn’t have a whole lot of world building, which isn’t surprising, nor was it needed.  It was something of a character study, and I’m glad we spent our time learning about her and everyone else instead of focusing intensely on the world around them.

As mentioned, the characters are the entirety of this book.  Our unnamed narrator is who is telling the story as it unfolds.  Susan, the mother, is distraught at everything going on in her home and is slowly losing her mind.  Miles, the stepson, is absolutely terrifying and a clear cause for a lot of turmoil within the family.  We get to know each of the characters in the first half, and the second half flips everything.

In terms of the technical writing, I thought this flowed incredibly well.  I didn’t feel like there was anything strange with grammar or transitions, and I do enjoy the way that Gillian Flynn writes.  I’ll definitely have to pick up her other books!

I would also highly recommend listening to this on audio instead of reading the physical book.  Since I was unable to look ahead, I think it made everything that much more surprising. This seems to be a very polarizing book, depending on how you feel about the ending, so be forewarned going in that you could either love this or hate it!

1 thought on “The Grownup by Gillian Flynn” 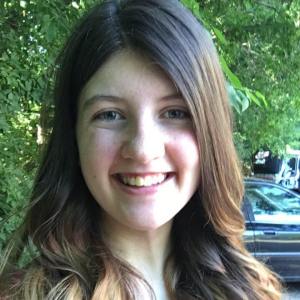